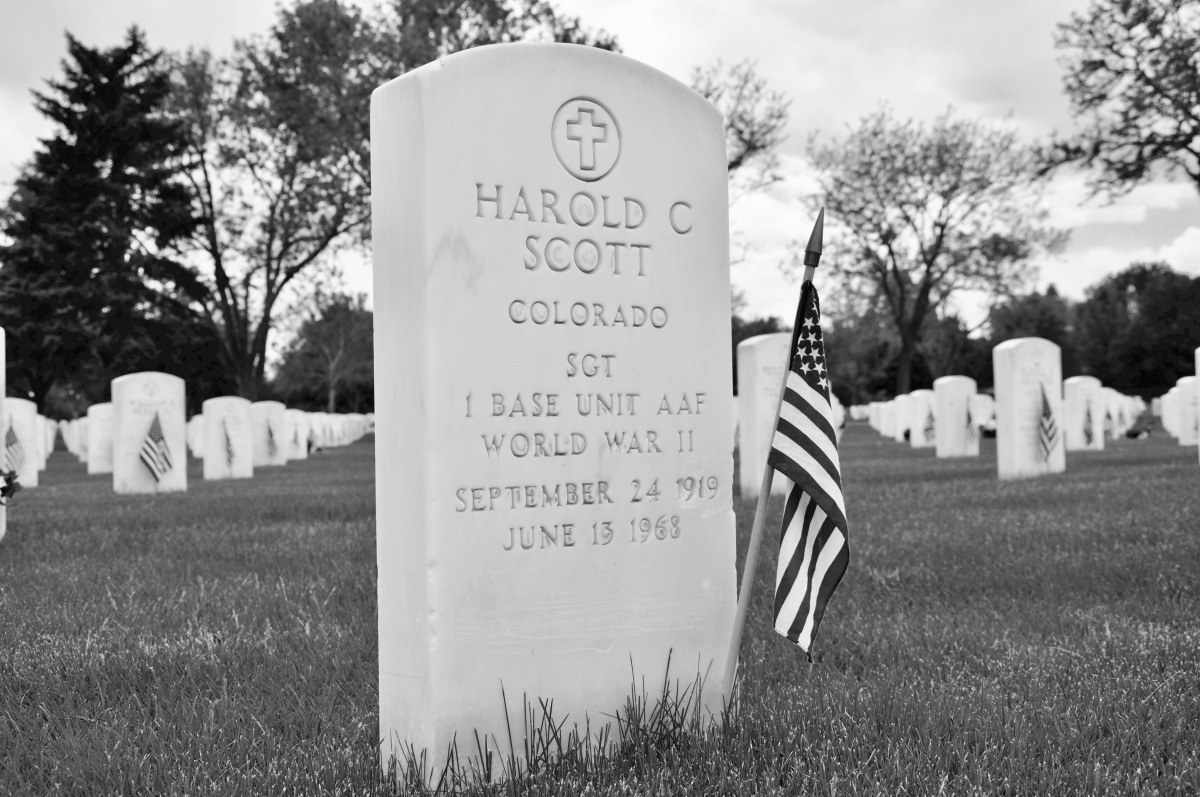 This year I’ve lived forty-nine years beyond my dad’s death. Ironic. He would have turned forty-nine the year he died. Dad passed several days before Father’s Day, 1968. I’ve missed him. Whether I wanted to or not. But he’s been with me every day since, in one way or another. Sometimes a ghost, sometimes a presence, sometimes an ache.

Right after his heart attack, he stayed with us mostly as a ghost. Our mangy dog Pug, carried Dad’s slipper around until it disintegrated. Slept with it in his dog bed. My mom sat at the dining room table, smoking, drinking coffee, in her robe, a ghost herself.

I’d wake in the morning and Dad would have haunted my dreams. Maybe I’d have dreamed about us stringing a barbed wire fence at the horse pasture on property owned by the company he worked for that was then called Martin Marietta. He built Titan rockets.

“Watch where you’re walkin’. You’re so skinny you’ll fall in one of those groundhog holes and I’ll never find you. Or a rattlesnake will bite you.”

I still walk looking at the ground.

Or we were in the garage fixing a car. Dad’d be bent under the hood, knuckles bloodied, droplight glaring on his wrench. I’d be sitting on the concrete floor with an oil pan full of gasoline between my legs, wire brushing bolts or casings.

“Why do I need to clean them?” I’d whine holding my greasy, burning hands out primly.

“You can’t put them back on dirty,” he’d say. “You’re going to grow up and sit behind a desk.”

I did just that. I didn’t realize he was teaching me how to work. He probably didn’t either.

After these dreams, I’d jump out of bed hoping his heart attack had been a nightmare. That he’d be upstairs smoking his Winstons and drinking Folgers. He never was.

But as a family, we rarely talked about him or his death. My mom sold his Chevy truck and the camper, and worst of all, our Quarter horse, Ginger. She had to. Dad died without life insurance. Still, it was as if to say, “We’re done. We’re moving on.”

We weren’t and we didn’t.

Because our strategy for grief—if you can call it that—was to ignore his death and then when that didn’t deaden the pain, pretend we were better off without him. I was never very good at either of those strategies. But I tried.

Dad was a man of his time, tough. Lord of the house. He disciplined with his belt. And maybe worse with my older sister. So there was reason to speak ill of the dead. Possibly we wouldn’t miss him so much if we painted him with dark colors. When we mentioned him, it was as if he’d run off with another woman rather than died of a massive heart attack. 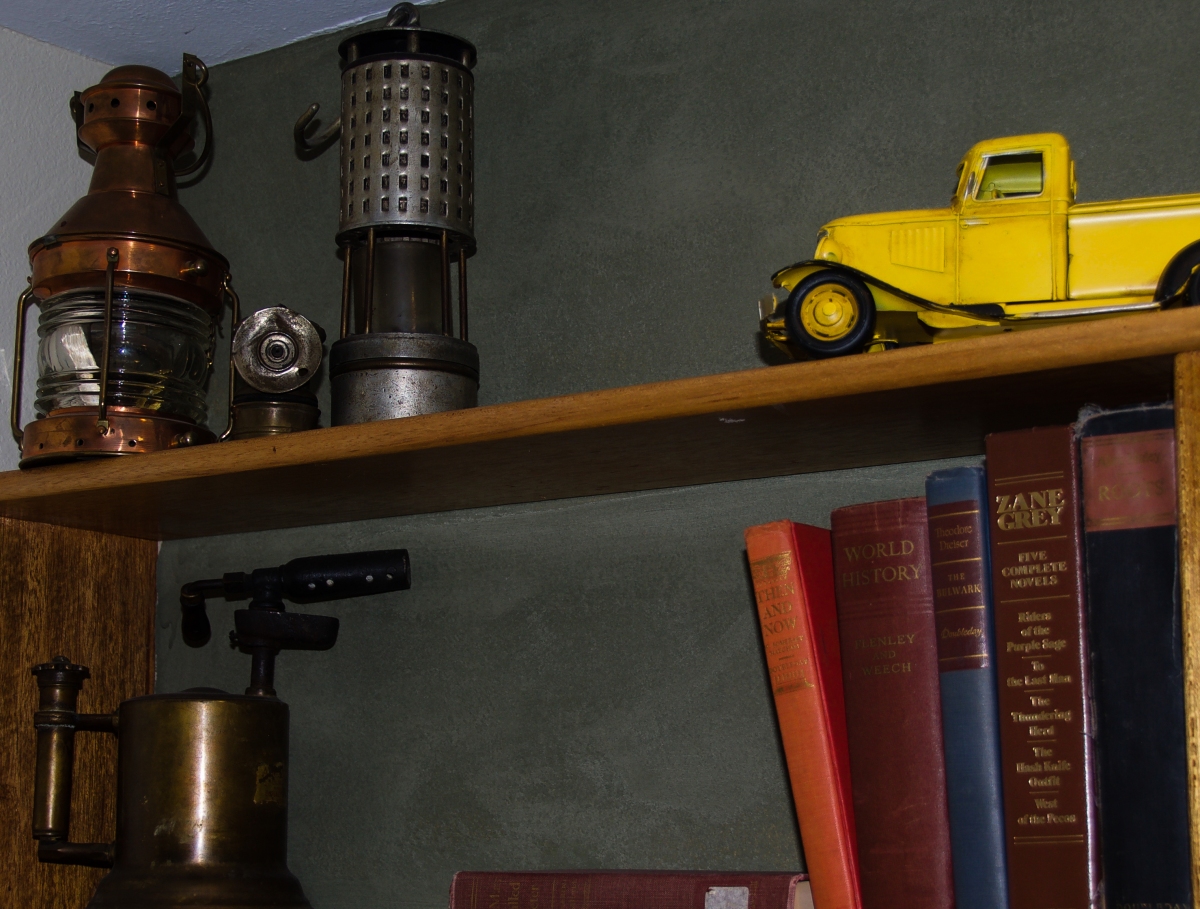 I remember when I was about fourteen, brushing my long hippie hair behind my ears, smoking a Camel. “It’s a good thing my dad’s not here. He’d hate my hair,” I said, as if “letting my freak flag fly” was reason to not miss your dead father. Then I’d tell the story about my dad and his friend, the owner of a local Standard filling station, standing in the door of the garage making fun of a hippie walking past on the street.

“Lazy, cowardly hippies,” I remember him saying with his Winston hanging from his clean-shaven lip. Dad served in the Army Air Corp in WWII. But I didn’t remember that then.

This cloaked grief wore me out. When I was sixteen, I drove alone over to his grave in Fort Logan National Cemetery. I stared down at his headstone, sobbing. Slowly, I mastered myself and told him, “These are the last tears. I’m done. You left me. I’m leaving you and I’m not coming back.”

I believed my new-found relationship with Jesus fixed my brokenness and banished Dad’s ghost. Released from the past, I tucked my grief in a different dark pocket, climbed in my truck, and drove away.

The trouble with denial and hiding from pain is it works just well enough. Even though I now belonged to the One who conquered death, loss rumbled inside me like molten rock. I became an emotional volcano.

Jesus did give me a future, though. I married Dee Dee and got busy building a life. Dee Dee opened doors to a life I never dreamed of. We bought a house. We made life-long friends. We decided I should go to college. We had kids. I didn’t know yet that that future included Jesus healing my past.

That retroactive healing began when my dad returned, not as a ghost but as a presence. I was kneeling in the bathroom, getting our toddlers ready for a bath before bed.

“Skin the rabbit,” I said, pulling the shirt up and over the head and off one of their tiny bodies.

Where’d that come from? I thought. Tears burned my eyes. I remembered. It was a hunting idiom and my dad had said it every time he prepared me for a bath and bed. What? He gave me baths and not just belts. A man in the 1950s and 60s who took care of his kids? That didn’t fit my narrative of a cold hard loveless father. I wiped the tears away. Pushed it back down.

But the gate had opened.

“Pull my finger,” I teased my kids just as I remembered Dad teased me.

The memories of the times building fences, wrangling horses, straightening nails, cleaning car parts, sweeping the garage, mowing the lawn—and even being put to bed—erupted and became more than molten nightmares. They became memories of an imperfect father passing on his life and love the only way he knew how.

At age thirty, on Memorial Day, I went back to Fort Logan, believing forgiveness can stretch into the past and beyond the grave. Slowly I had become not only a father but now a son.

A few years later, after I’d become a pastor and “sat behind a desk” as Dad predicted, I was walking back to the office after lunch. I was dressed in a white shirt, dark slacks, and a tie. It was in Illinois and hot. I rolled my shirtsleeves up to mid forearm. As I walked by a storefront window, I noticed my reflection. It stole my breath and the remainder of my false dad narrative away.

I saw my dad walking there beside me. Right before his death, he had been promoted from a missile mechanic to a supervisor at Martin Marietta and often wore what I was wearing that day, sleeves rolled up and all.

I had become my dad. And I was glad.

Years later, for Father’s Day, my youngest daughter had me listen to a rap song by Sean Daley (Slug of Atmosphere) about his dad: “Yesterday.”

“Yesterday, was that you

Take a breath reflect on what we’ve been through

Or am I just going crazy cause I miss you?”

Dad’s presence now permeated my life. And through my grief, once God cracked open the vault, I learned how to reinterpret my life story. Through the loss of my dad, I found my Father. And through becoming the father of my children, I found my dad.

I miss Dad more than ever now that I know the truth about him a bit better.

“You got your love of rivers from your dad,” my mom told me by way of apology the year before she died. Forty-nine years after his death, I’ve learned something else. Jesus most often heals by telling us the truth, even when it is a hard truth. Even when it hurts.

14 thoughts on “Finding and Forgiving Dad”